Are bookstores killing themselves?

There is an excellent article in the Guardian bookblogs section on this year's Hugo Award nominations "Hugo awards 2010: the shortlist"


China Miéville excepted, the finalists for this year's best SF novel have one thing in common: mainstream invisibility 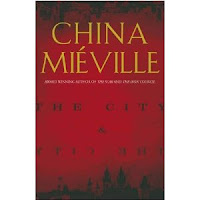 Sadly this statement is very true. Where are the displays containing the 6 shortlisted books in mainstream bookstores? Most booksellers highlight mainstream awards such as the Man Booker or Orange Prize for Fiction with a showcase of the nominees. Even the Richard and Judy Book Club (now The TV Book Club on Channel 4) gets pride of place positioning in Waterstones and WHSmiths. Sadly, with the demise of Borders, the mainstream has a stranglehold on book selling in the UK, leaving little room for 'outsiders' such as the Hugo Awards or the Arthur C Clarke's. Is this symptomatic of the disdain in which Science Fiction and Fantasy, as a genre, is held? Probably, yet, given the slightly obsessive book-buying nature of many SFF fans, are the big UK chains losing a potentially lucrative market by ignoring major genre awards?

Well, if I am indicative of an average SFF fan, the answer is a resounding YES! I spend most of my monthly book-buying budget online now. I can't remember the last time I ventured into my local Waterstones, mainly because whoever is in charge of the SFF section just does not appear to know the genre particularly well. The table-top display is OK, but if I understand correctly [see Mark Charan Newton's blog for more discussion on book selling techniques], this space is paid for by publishers wanting to promote their latest releases. The shelving, on the other hand, tends to be a mixture of TV tie-ins, urban fantasy, paranormal romance and 'standards' such as Pratchett, Rankin, Jordan, Eddings and Gemmell. Very similar to what WHSmiths offer in their larger stores. No innovative or cutting-edge titles to be seen. Not even any China Miéville...

I choose to shop online because of the range of authors and titles available to me. They make it easy to click and buy, the wishlist facility is a very useful tool, and customer reviews, lists and recommendations etc. are really helpful. And the books arrive quickly, without the strain of carrying them home yourself! But I miss browsing in a bookstore... the thrill of spotting an intriguing title or enticing cover and physically picking the book up to find out more. It is not the same online. More convenient, I agree, but soulless.

Personally speaking, I miss the local independent bookshops. Even Borders was an improvement on the WHSmiths/Waterstones monopoly, as at least their staff were interested in the sections they managed. Sadly, my local Waterstones have lost their once excellent and informed staff, to be replaced by shop assistants who 'might read a bit'. I may be doing them a disservice here, but hey, they lost my business some time ago. If I want some trashy pulp, mainstream bestsellers or even literary fiction, then I'll go to my local charity shop as there is plenty of choice and the occasional gem can be found hidden amongst the Nora Roberts and Dan Brown. However, if I'm after the latest Chris Wooding or Jacqueline Carey I will just boot up my netbook and click my way to my electronic shopping basket. And often as not, 2 or 3 other books will accompany them, as one site in particular is rather good at presenting you titles that compliment those you have just purchased. You gotta love their algorithms!

It is the range of titles available online that appeals to me. In the evening I can read a review on a blog, check online and have the book waiting on my doorstep by the time I get home from work the following day. Bookstores, of course, cannot physically stock the same amount of books as an online store, but they could improve their ordering and online services. They could also return to a branch-based stock policy rather than a centralised distribution system that ignores regional variations and local culture.

Waterstones, when it first started, was a pleasure to shop in. Their large store in Kingston was a haven in the madness of the Bentall Centre on a Saturday afternoon... and they had a huge SFF section! But over the years the section shrank and became full of 'standards'. The offbeat and unusual books were out and tie-ins became the norm. I checked out the new Borders when it opened and was impressed that they had researched the local area and had a huge Manga section - there is a large South Korean community in the Kingston area and the kids love their Manga, it was always busy. Waterstones had, by this time, become more 'corporate' and lost out on this high-spending customer base by not being in tune with their local customers.

So, are bookstores killing themselves? I really hope not. There is something very soothing about mooching around a well stocked SFF section, where new authors are promoted via staff reviews and the stock has been selected by someone who actually knows the genre. It's not that difficult, but I fear that the 'hard-core' book buyer (and I include myself in this group) has long gone to the vast emporium that is online. With the advent of eBooks and the iPad/iBooks physical bookstores are further under threat. Will the big chains stop and re-evaluate their business model in a fight to survive? Or are we watching the death throes of the hidebound bookstore chains?
Posted by Cara at 07:01