Not all books are fantasy... 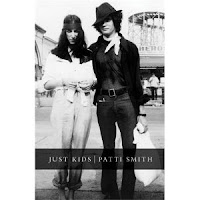 Much as I love speculative fiction, there is another genre that will always attract me and that is Rock Autobiography/Biography. I am currently reading Just Kids: From Brooklyn to the Chelsea Hotel, a Life of Art and Friendship by Patti Smith, the story of her relationship with Robert Mapplethorpe and their lives in 70's New York and beyond. I have long been enthralled by Patti Smith and so far I have not been disappointed in her writing.

There are some classic rock biographies, one which got me into the genre was No-one Gets Out Of Here Alive by Jerry Hopkins and Daniel Sugerman. The life story of Jim Morrison, poet, shaman and outrageous lead singer of The Doors, did not have a happy ending, but man, that guy lived! The life of Bob Marley was protrayed in the excellent Catch A Fire by Timothy White. Other recommended reads are: 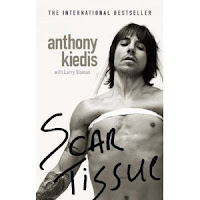 So what is the attraction of a rock biography? Personally speaking, it is to understand the person behind the music, away from the headlines and scandals. What drives their creativity and how they deal with the excesses of the rock business fascinates me, especially as so many are tortured souls in one way or another. The hedonistic lifestyle that surrounds rock superstars destroys that it claims to worship, and is a monster in its own right. But the music always triumphs in the end even if the artist does not survive.

There are some quality rock writers around today, many of whom cut their teeth on UK music weeklies like the NME, Melody Maker or Sounds. Collections of their writings are available and provide a wealth of interviews and articles on the music of the day. Some favourites are listed below: 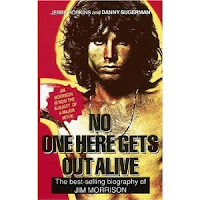 Many music journalists go on to pen biographies, and I have found the quality of the writing to be of a consistently high standard. A good biography, especially on a controversial figure, can add dimension to the music itself. After reading Torn Apart: The Life of Ian Curtis by Mick Middles and Lindsay Reade I gained a deeper appreciation of Joy Division lyrics and the darkness that enveloped the singer.

So, if you like music and want a little break from fiction, check out the music section in your local bookstore. You might be surprised at what you find there.
Posted by Cara at 07:01